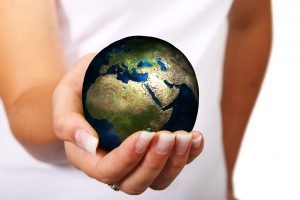 Understanding Pope Francis’ Laudato Si’, Care for Our Common Home
In 2015, Pope Francis received a lot of attention for his “global warming” encyclical, with praise and venom from both sides of the environmental issue. The encyclical (or letter written by the Pope to bring about conversation) isn’t an infallible document that all Catholics must believe and follow, but rather a letter he addressed to all people of the world. The problem was and still is, that the Pope’s encyclical, Laudato Si’, doesn’t seem to be much about global warming at all. So, if it’s not about global warming, what is it about?

Going Green, Time to Dig In!
In attempts to make a real “go” of my Christian green journey, I have decided to read, study and share my thoughts on Laudato Si’ in a series of bite-sized posts. If you’re interested in studying it with me, I’d love to hear your thoughts too. Reading & Studying Laudato Si’, Introduction
As I begin to study the letter, the first question I asked was “why” — why has the Pope decided to write about the environment and why has he chosen to write about it now?

In the introduction to his encyclical, Pope Francis tries to answer this question by looking to the Christian leaders and teachers that have come before him. He shares their concern for the physical, moral, and societal destruction of the world in the last 45-50 years. Through their calls to change, Pope Francis continues to challenge us to first recognize that the destruction has been caused by our own habits and consumption and then for us to understand that we, as inhabitants of the earth (and even more so as Christians), have a responsibility to change those habits for the good of society and future generations.

One
“Man is suddenly becoming aware that by an ill-considered exploitation of nature he risks destroying it and becoming in his turn the victim of this degradation.”  -Pope Paul VI, Octogesima Adveniens, 1971

Two
“Not only is the material environment becoming a permanent menace – pollution and refuse, new illness and absolute destructive capacity – but the human framework is no longer under men’s control, thus creating an environment for tomorrow which may well be intolerable. This is a wide-ranging social problem which concerns the entire human family.”  -Pope Paul VI, Octogesima Adveniens, 1971

Three
“Man often seems to see no other meaning in his natural environment than what serves for immediate use and consumption.” -St. John Paul II, Redemptor Hominis, 1979

Four
“Equally worrying is the ecological question which accompanies the problem of consumerism and which is closely connected to it. In his desire to have and to enjoy rather than to be and to grow, man consumes the resources of the earth and his own life in an excessive and disordered way.” -St. John Paul II, Centesimus Annus, 1991

Five
“We must therefore encourage and support the “ecological conversion” which in recent decades has made humanity more sensitive to the catastrophe to which it has been heading. … At stake, then, is not only a “physical” ecology that is concerned to safeguard the habitat of the various living beings, but also a “human” ecology which makes the existence of creatures more dignified, by protecting the fundamental good of life in all its manifestations and by preparing for future generations an environment more in conformity with the Creator’s plan.” -St. John Paul II, General Audience, Jan. 17, 2001

Six
“The Church has a responsibility towards creation and she must assert this responsibility in the public sphere. In so doing, she must defend not only earth, water and air as gifts of creation that belong to everyone. She must above all protect mankind from self-destruction. There is need for what might be called a human ecology, correctly understood. The deterioration of nature is in fact closely connected to the culture that shapes human coexistence: when “human ecology” is respected within society, environmental ecology also benefits.” -Pope Benedict XVI, Caritas in Veritate, 2009

Seven
“The destruction of the human environment is extremely serious, not only because God has entrusted the world to us men and women, but because human life is itself a gift which must be defended from various forms of debasement. …Accordingly, our human ability to transform reality must proceed in line with God’s original gift of all that is.”  -Pope Francis, Laudato Si’, 2015

Appeal for Conversation & Change
At the end of his introduction to Laudato Si’, through what he titles, “My Appeal,” Pope Francis urgently calls us to take on a conversation of natural ecology and “human ecology,” to consider our participation in it and take action for change.

“All of us can cooperate as instruments of God for the care of creation, each according to his or her own culture, experience, involvements and talents.” -Pope Francis, Laudato Si’, 2015 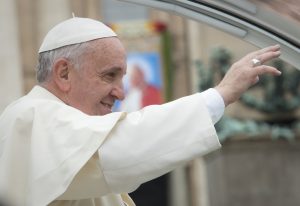 In the next part of this series, I hope to start the conversation by looking at Chapter 1 of Laudato Si’ titled, “What is happening to our common home.” In the meantime, I hope you will take some time to consider the quotes above or if you want more, take a look at the documents themselves then share your thoughts and comments with us below. 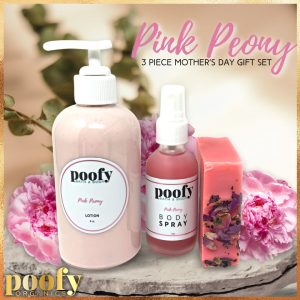 Although I run very, very slowly -- (yes, so slow